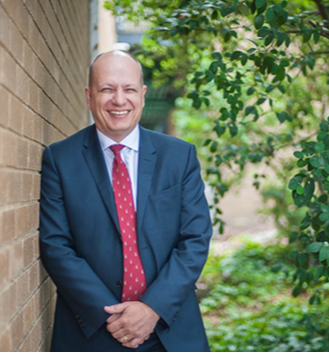 Peter Damen is the Principal and Chief Executive Officer of Level 5 Design Pty Ltd. Peter is responsible for leading all activities of the company from strategy through planning, design and implementation. He believes that innovation is the key to Australia’s future – in making better investment decisions and accomplishing more for the community.

Peter is considered a national and international expert in emerging transport technologies, automated vehicles, parking and traffic management and operations, road safety and future transport planning.  He is a qualified civil engineer with close to 30 years' experience in the industry including both government and the private sector. He has been involved in some of Australia’s largest transport infrastructure projects and he has an industry network that extends across the globe.

Peter has chaired or participated in numerous industry associations, state advisory committees, accreditation panels, and learned societies and amongst other roles he is currently the Chairman of the Board of Directors of Innovate Australia and an Executive Director with the Australian Asphalt Pavement Association (AAPA).
​
Prior to establishing Level5Design, Peter was the Chief Operating Officer of Australia's national road and transport research agency, where he was responsible for all operations nationally including programs such as the National Road Safety Partnership Program and the National Assets Centre of Excellence.

Peter was also instrumental in establishing the Australia and New Zealand Driverless Vehicle Initiative (ADVI), to address the challenges and future requirements of emerging connected and automated vehicle technologies in Australia and NZ. He went on to become the inaugural Chair of that national peak body. 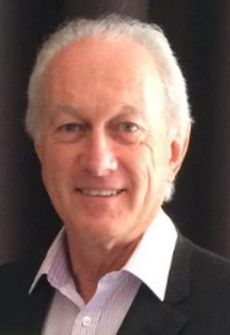 Larry is a national expert and adviser in parking management with over 30 years’ experience in the industry. He has worked both as a Director of one of the nation’s leading parking operators and equipment suppliers, and as a senior consultant to industry on parking for airports, city centres, hospitals, shopping areas, universities, commercial buildings and office precincts for many of Australia’s largest property owners. Larry was one of the primary authors of the latest 2017 edition of the Austroads national guide to traffic management specific to parking.

Larry has wide ranging expertise that includes the development of effective parking strategies, project management of new parking technologies and facility operations, and the investigation of better approaches to wayfinding signage, security, audit and compliance. Larry has reviewed and prepared parking strategies and policies for many state government departments and more than 40 local government authorities in Australia and New Zealand.

Up until March 2018, Larry was the Agreement Manager of the Western Australian Road Research and Innovation Program, a multimillion dollar research program funded by the WA Government, focused on innovative practices and technologies that provide efficiency gains and reduce overall capital and recurrent costs.

Larry believes strongly in sustainable parking practices, education, and in the value of technology. He has facilitated many award-winning workshops in parking operations and management. He holds degrees in Commerce, Arts and Law.

Christina leads all activities of the company in Victoria including project managing and delivering projects in her areas of technical expertise.

​Christina has been in the transport industry for close to 15 years. She started her career as an Engineer at the Australian Road Research Board under the mentorship of their Chief Scientist. She then moved to the Asset Management and Road Safety areas where she led numerous projects including several on road network performance indicators.

In 2009, she was promoted to join the management team. Some of her main responsibilities included program management and project management primarily in the fields of asset management and road safety. She is an experienced project manager with extensive knowledge in the transport sector including undertaking research, writing reports and guidelines, and industry consultation.

Christina also has experience with many overseas aid agencies, DFAT supported country programs, international transport agencies, enablers and various global transport alliances. During her career, she has had experience working in the Middle East, Indonesia, Malaysia and Singapore. 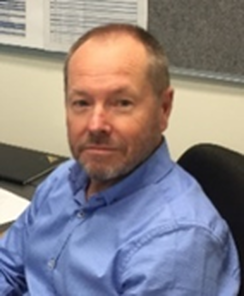 Drew has twenty two years’ experience in the transport sector covering all modes of transport (road, rail, intermodal, ports and airports/aviation). He is well known and respected for his broad and thorough experience and expertise in transport. He was director of Freight and Logistics at the WA Department of Transport. During this time, Drew represented the Department on the WA Freight and Logistics Council.  He then worked at Main Roads WA on strategic policy and planning projects in the Heavy Vehicle and Network Operations divisions. More recently he took up a position at ARRB as the Principal – Transport Systems followed by a period where he was employed by the Perth Airport Corporation focussed on the delivery of the Perth Airport Masterplan. Currently he is working on a number of projects with Level 5 Design.

​Along with his extensive freight and transport expertise, Drew can effectively communicate with a wide variety of stakeholders and in steering diverse groups to collaborative objectives ensuring successful outcomes. His network of public and private sector stakeholders is extensive including Government Ministers Commonwealth/State transport agencies, individual transport companies and transport industry groups.